The Occupied Room I

Students often work at home and only come into the University to present their work. This situation was about to change. The aim of this course was to establish a room in which students could work, exchange ideas, collaborate and socialize. A few simple rules were set up: The room had to be occupied by at least one student every day at all times between 9am and 7pm. The students had to organize their own schedule. A webcam was set up to monitor the room. The room was not meant to be entered by the cleaning stuff. Two failures were possible. After the first one, two students had to be present at all times, after the second one, three students. If the room remained occupied throughout the whole length of the term every student passed, if more than two failures occurred every student failed. There was no set subject or given brief. Students where encouraged to work on their own projects which could be discussed in a bigger group during the 'official' course time on Wednesdays.

Since too many students wanted to participate in the project a task was set to qualify for the 'occupied room'. Every interested student had to camp a night outside the University building. A good exercise in team building, commitment and self-organisation. Following this 'qualification round' students started to move in, bring their own furniture and work materials. A sofa, a fridge as well as a digital and Riso printer arrived and the walls started to fill up with projects. A Facebook page and an online calendar was set up. The room became a focus point for student life and work. At the end of the term not only great work was produced but also the room remained occupied at all times and every student passed. 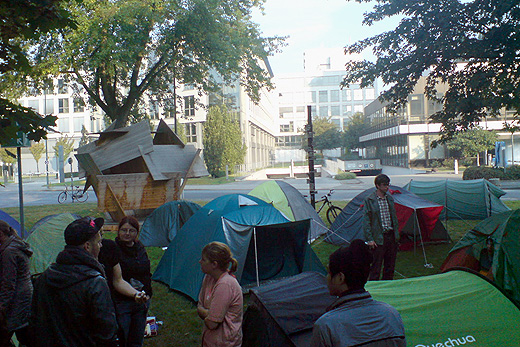 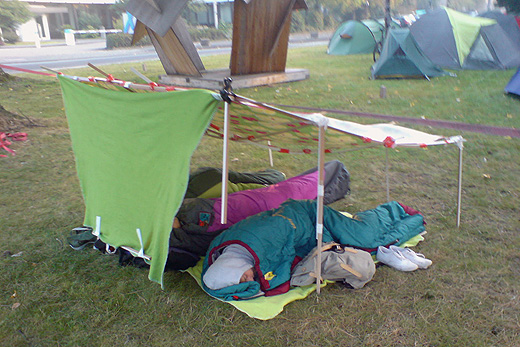 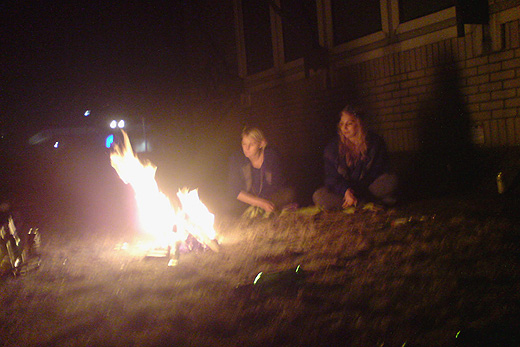 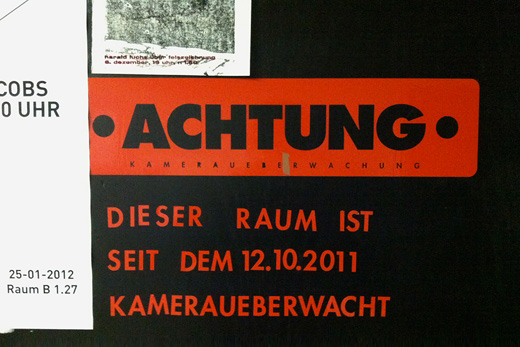 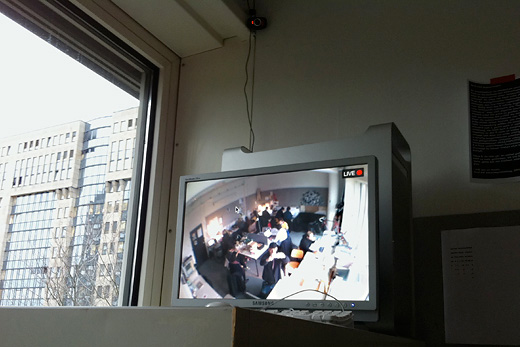 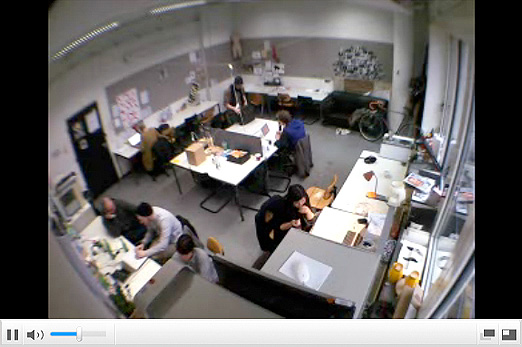 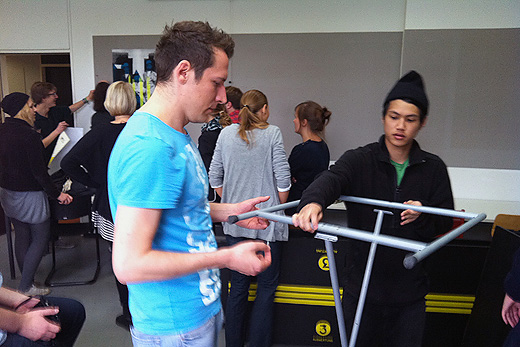 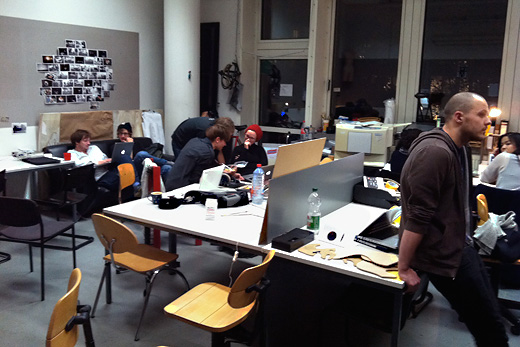 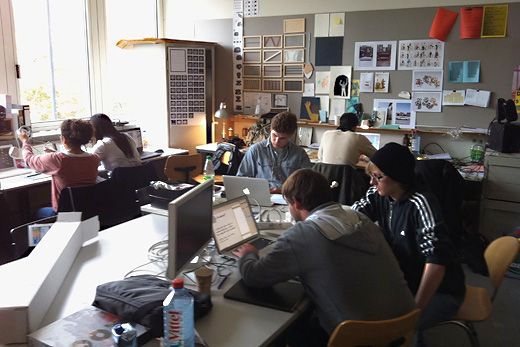 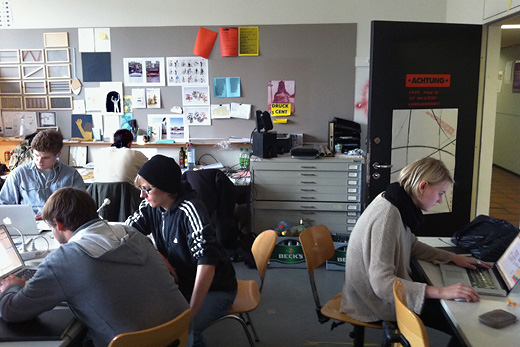 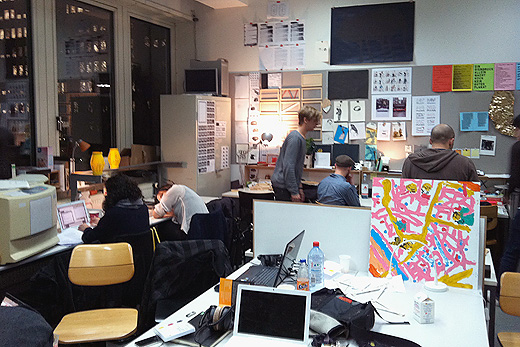 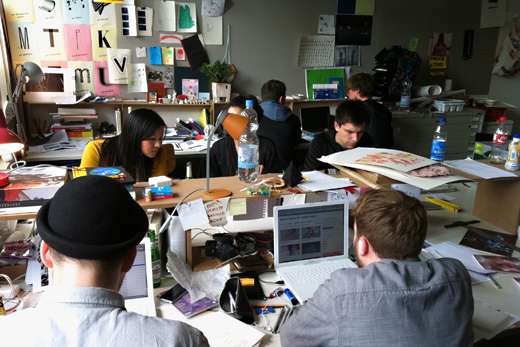 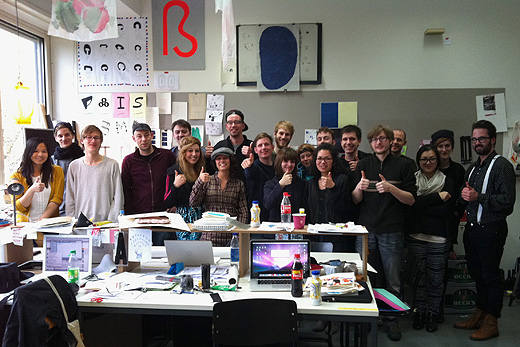 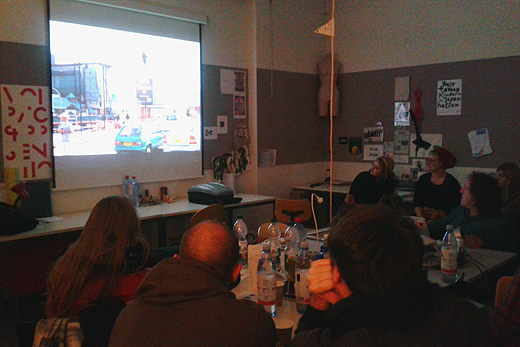 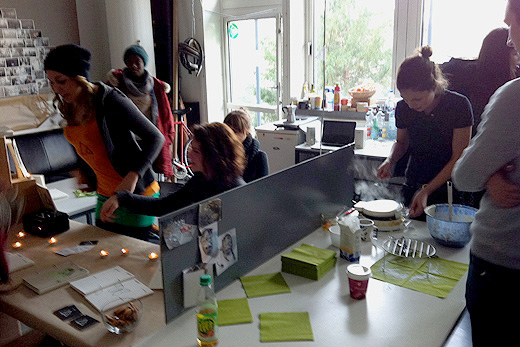 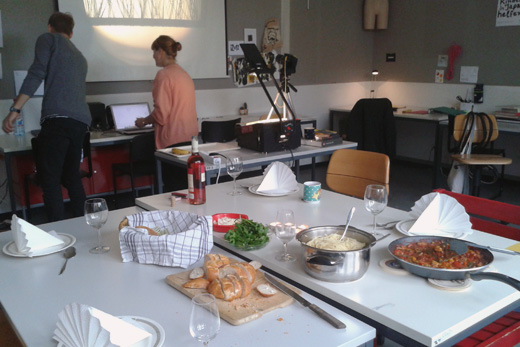 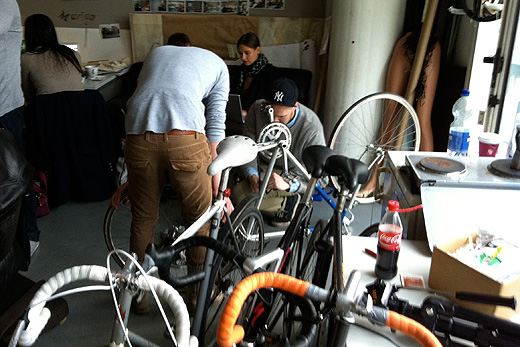 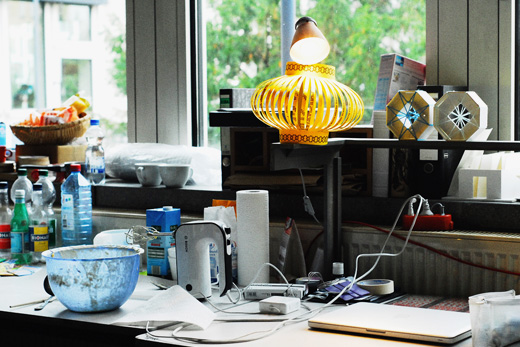