Following the the initial occupation, the room remained occupied in the second term (it still is today). However, the focus shifted from just establishing a more creative in-house working environment to networking with the outside world. The students started their own blog, went to self-publishing book fairs, invited guests and initiated a number of talks and workshops. Regular jam sessions (Designer mit Instrumenten), parties and communal cooking became a part of the room culture. Since exhibitions were not permitted in the building due to fire regulations the door became an 'exhibition door'. The idea of peer education became more and more important and now the room is entirely run and organized by the students themselves. Today the 'occupied room' concept is supported by university and even has been moved to a much bigger space. 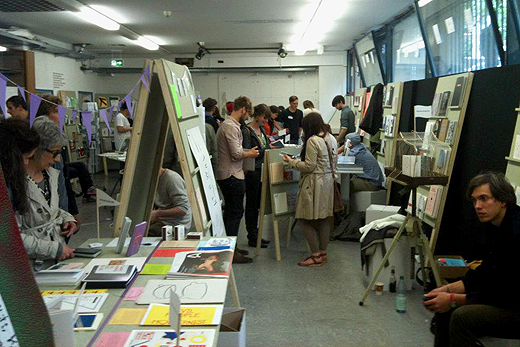 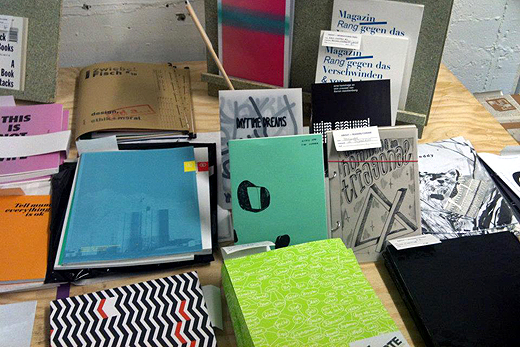 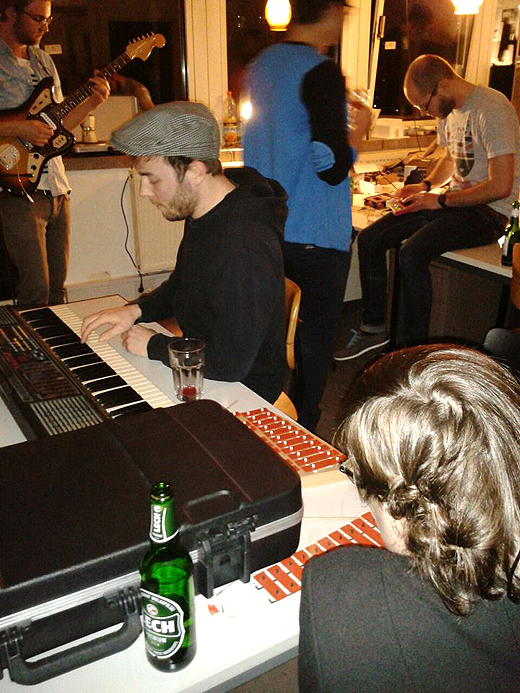 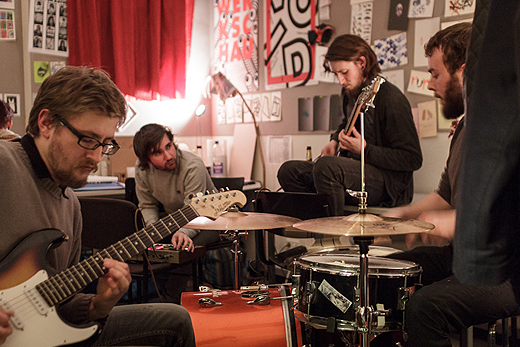 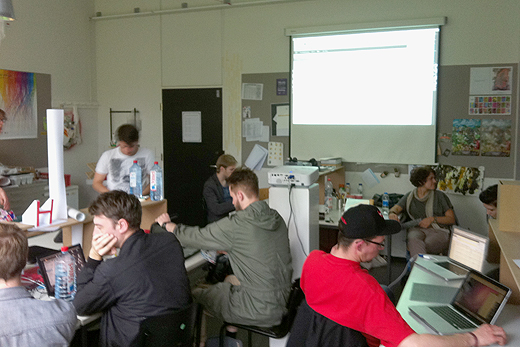 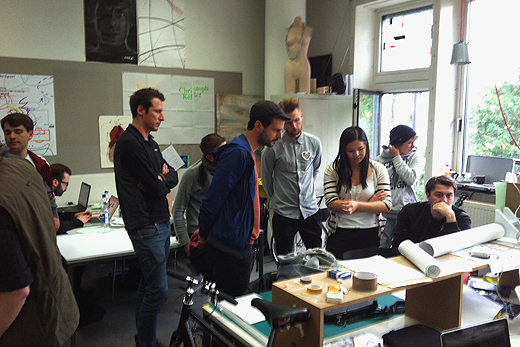 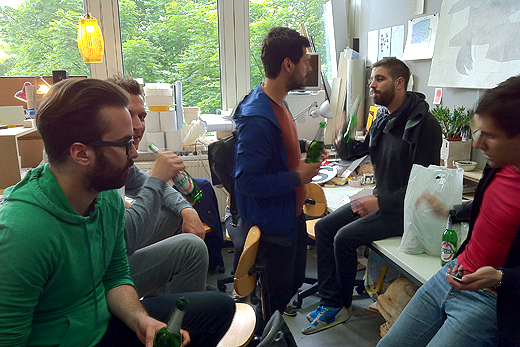 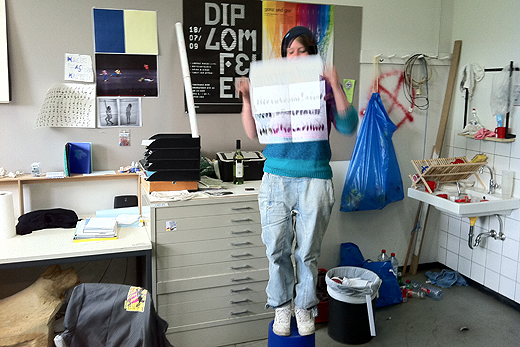 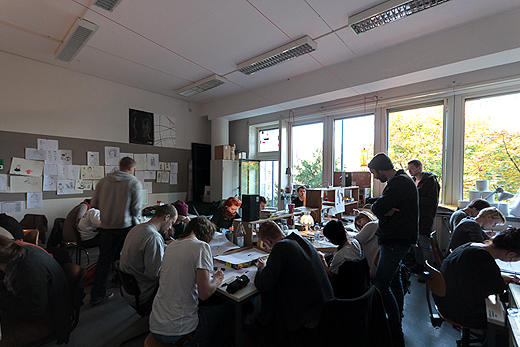 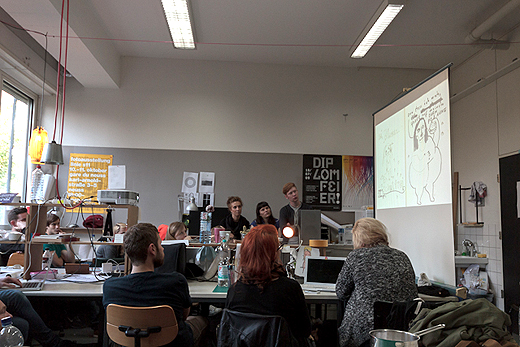 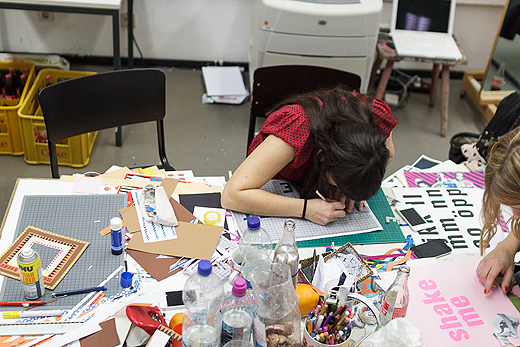 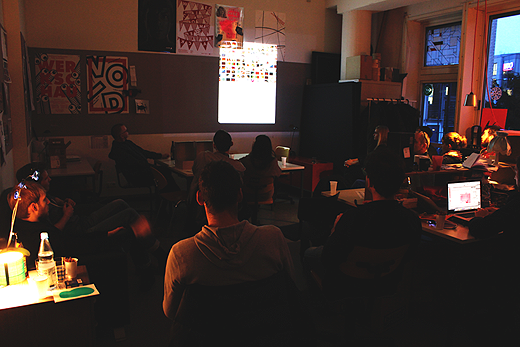 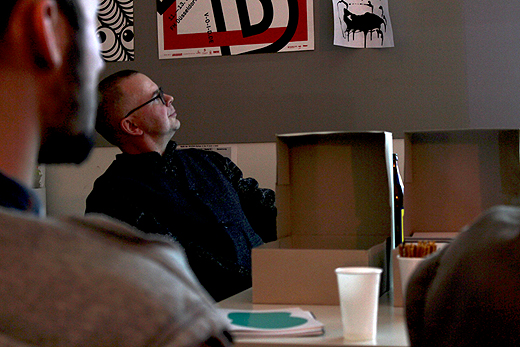 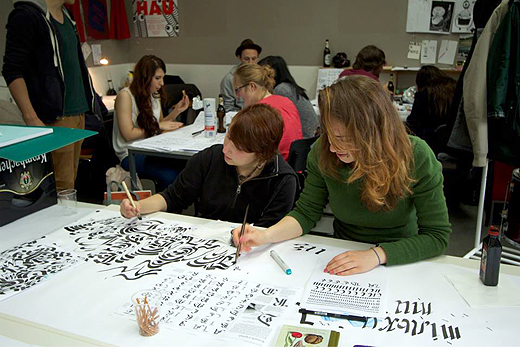 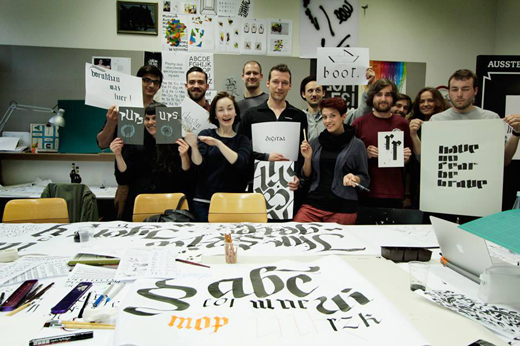 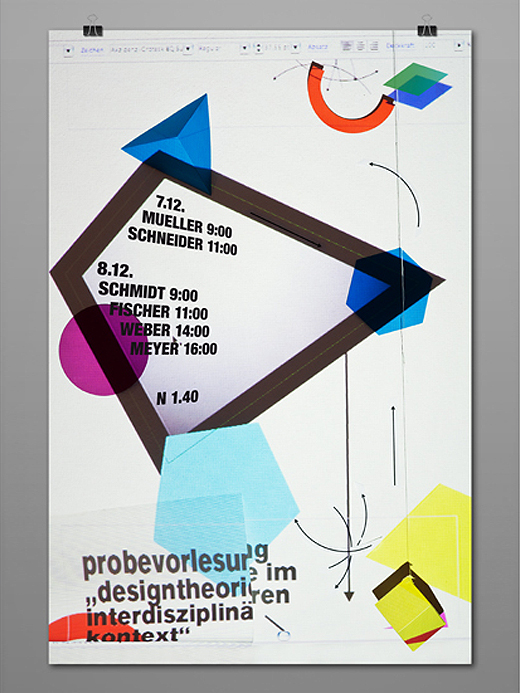 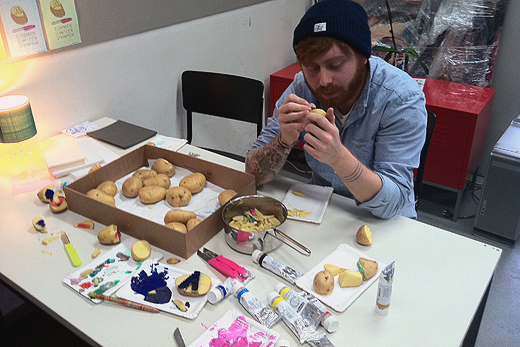 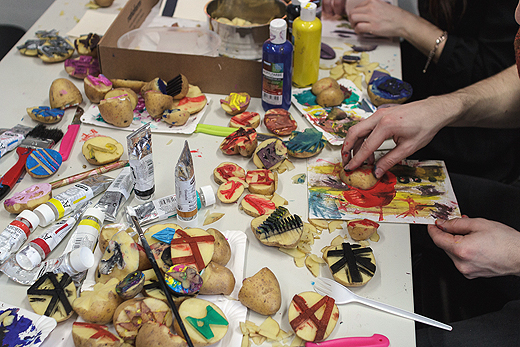 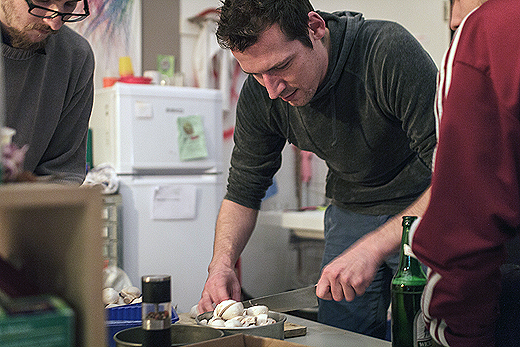 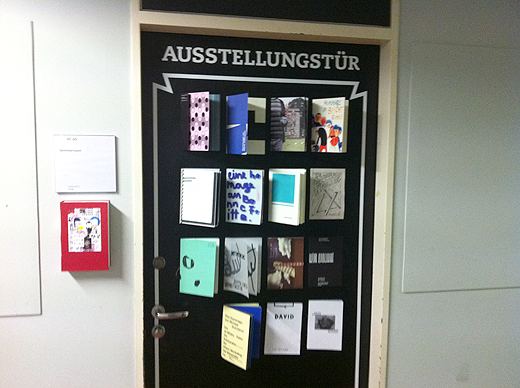 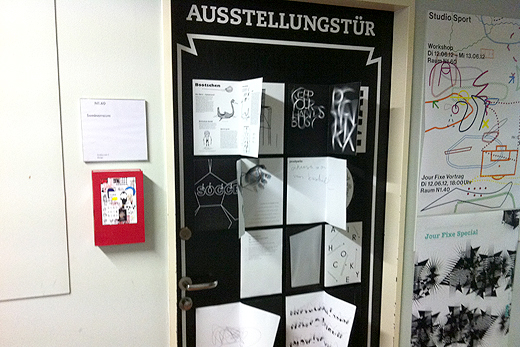 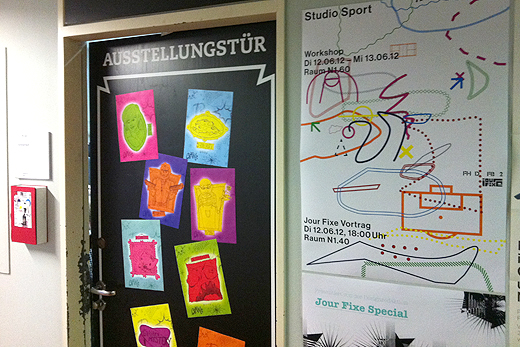 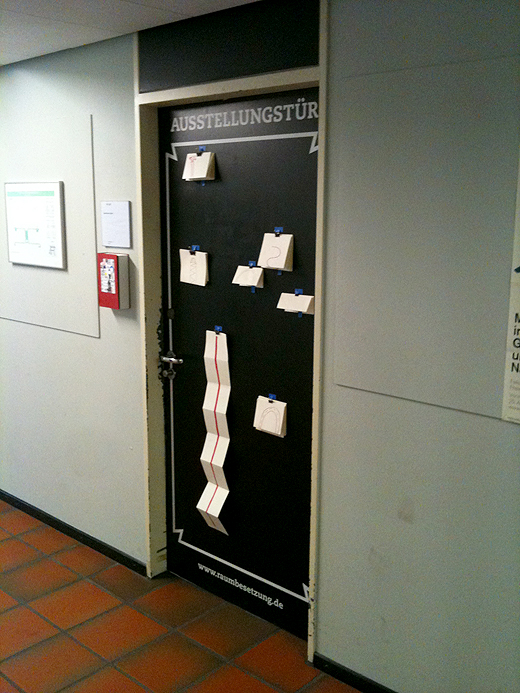 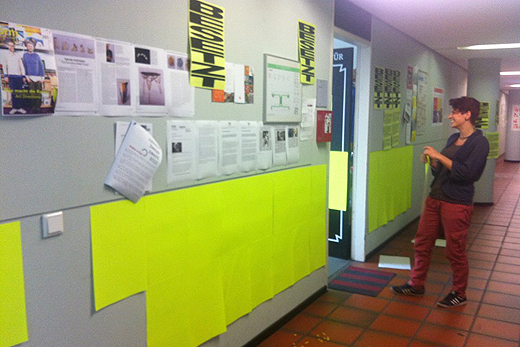 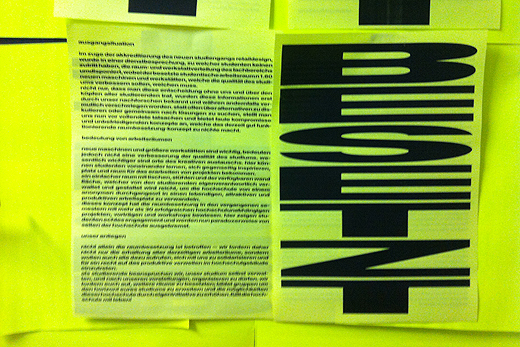 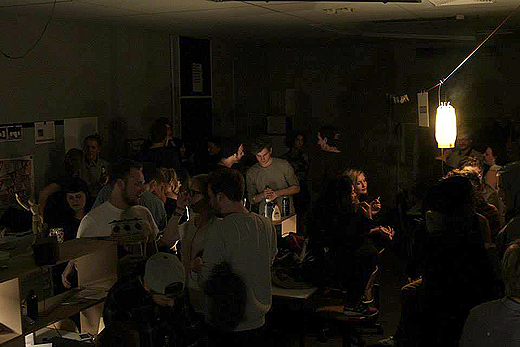 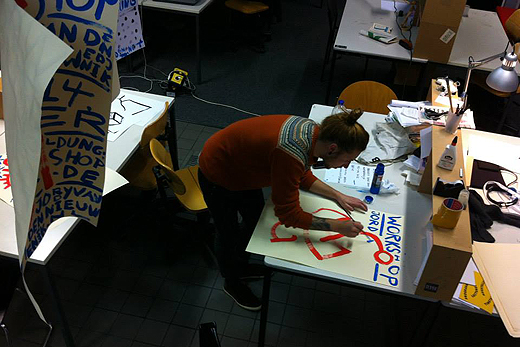 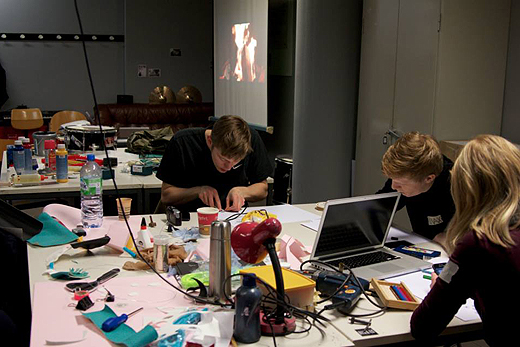 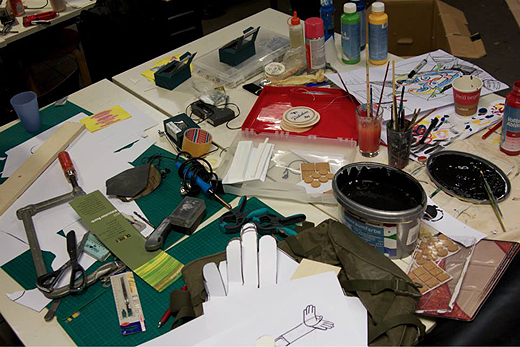