The 'Japan Woche' (Japan Week) was a series of lectures and events relating to Japan at the FH Düsseldorf. The students designed a set of posters, invitations, flyers and a small program for the event. Japan and Germany are both export nations and the images used were composed of typical Japanese or German objects. The concept was developed by Illustration student Lenia Hauser. A second idea by Lars Uebag was realized as a large wall mural. Referring to the colours in both countries flags, a large group of Japanese dots meets three German dots. The wall mural provided an ideal backdrop for press photos and remained after the event finished.

In collaboration with Prof. Victor Malsy and Prof. Phillip Teufel 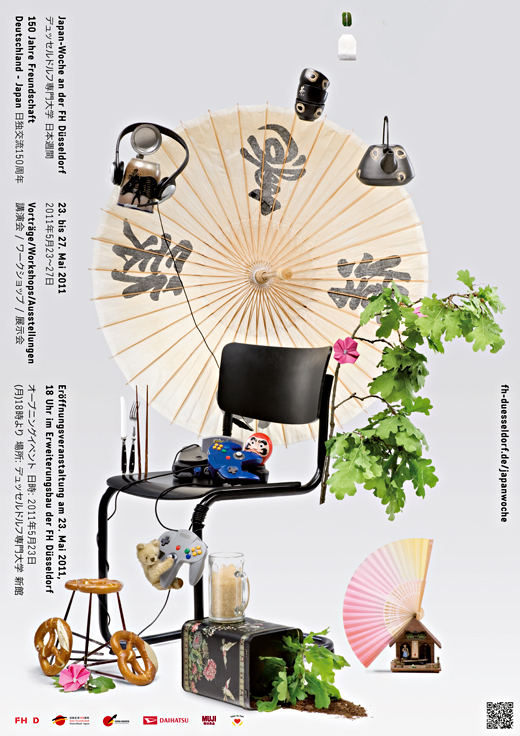 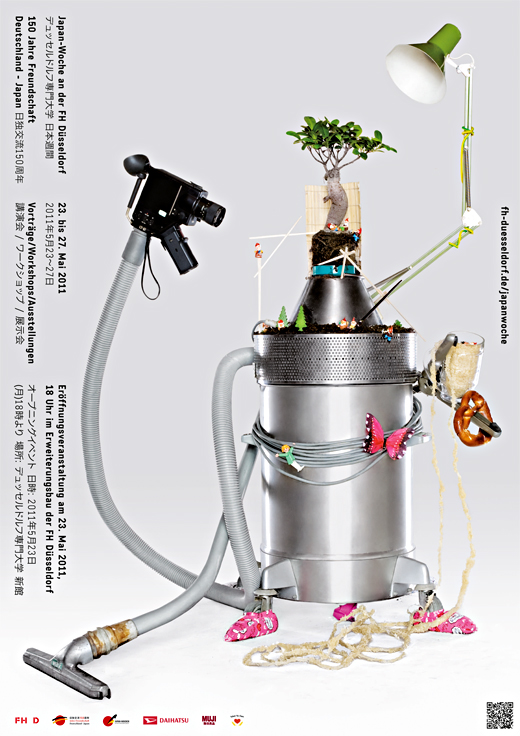 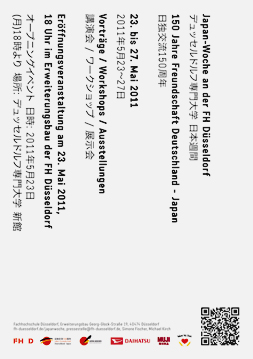 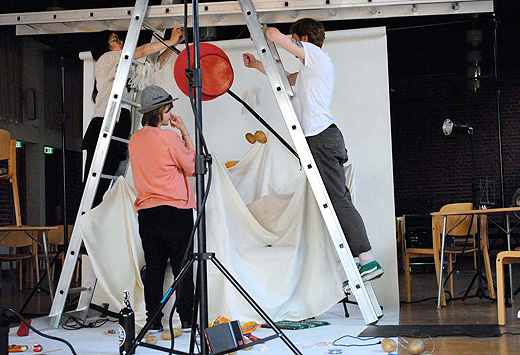 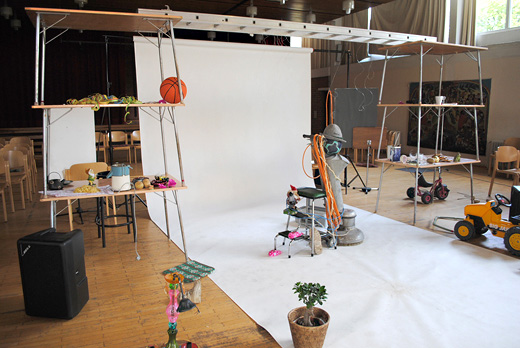 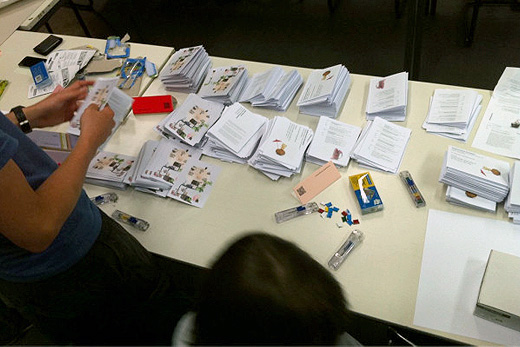 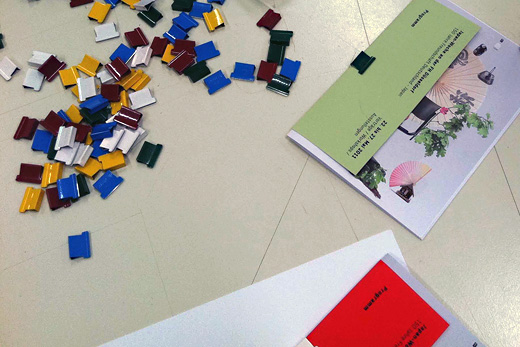 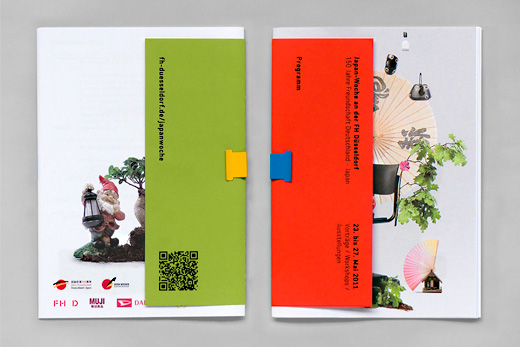 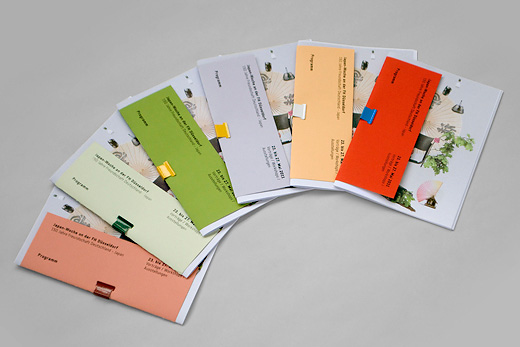 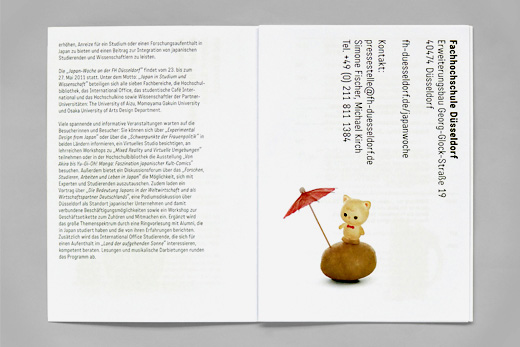 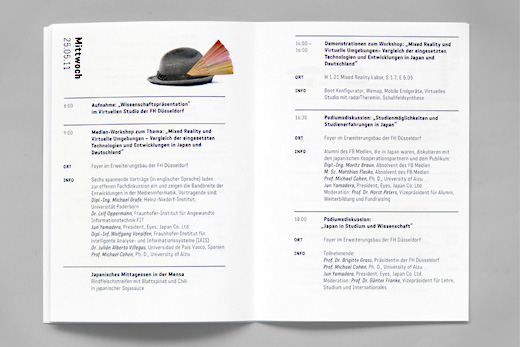 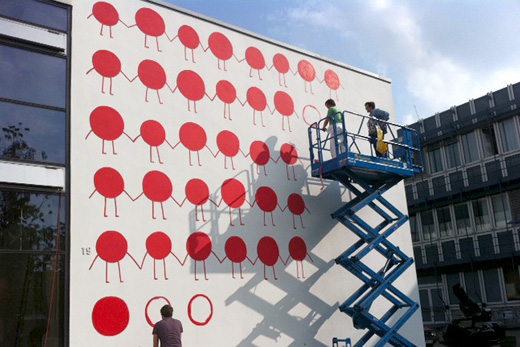 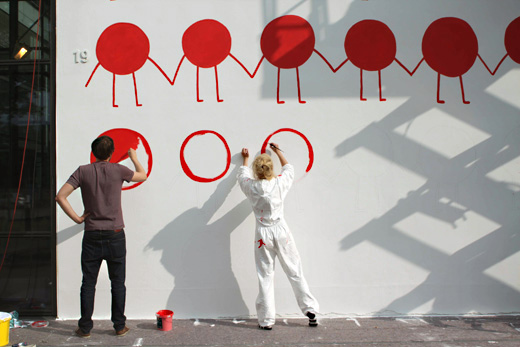 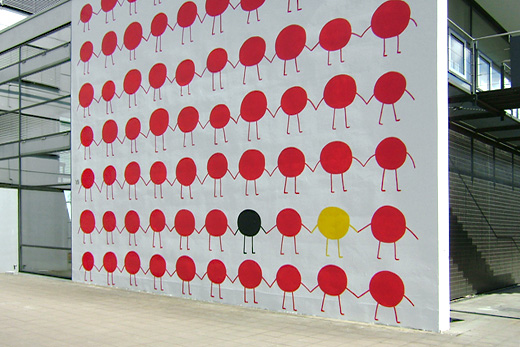 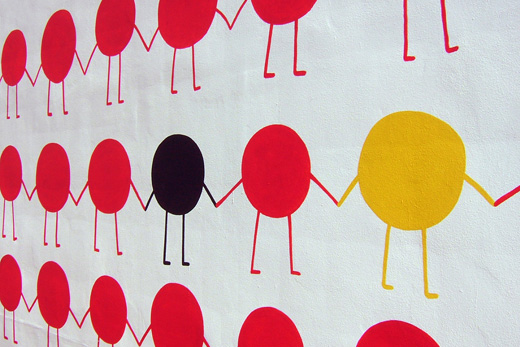 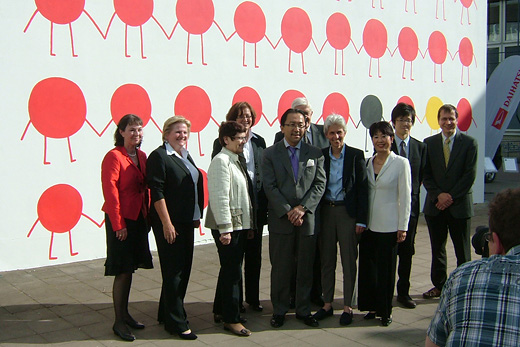 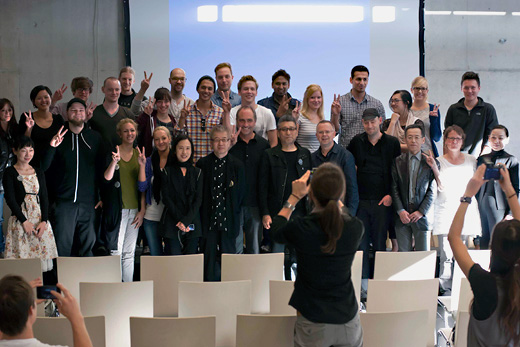