After seeing some great artwork created in response to the upcoming Olympic Games in London, we wanted to design our own response along the same theme. We decided to give voice to the discontinued olympic game, Tug of War. The sport was part of the olympic games from 1900 until 1920, and the last team to win Gold was the UK! The poster focusses on the tension and symmetry of the game using the paper as the pitch whilst stating the interesting rules and regulations of the game. 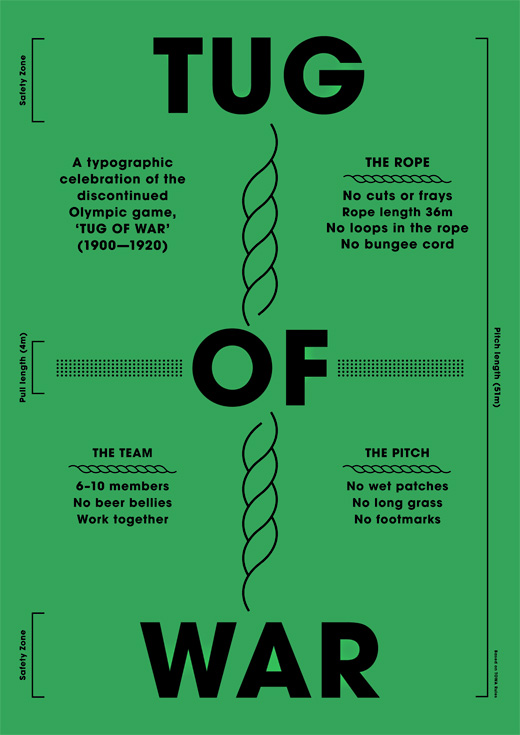